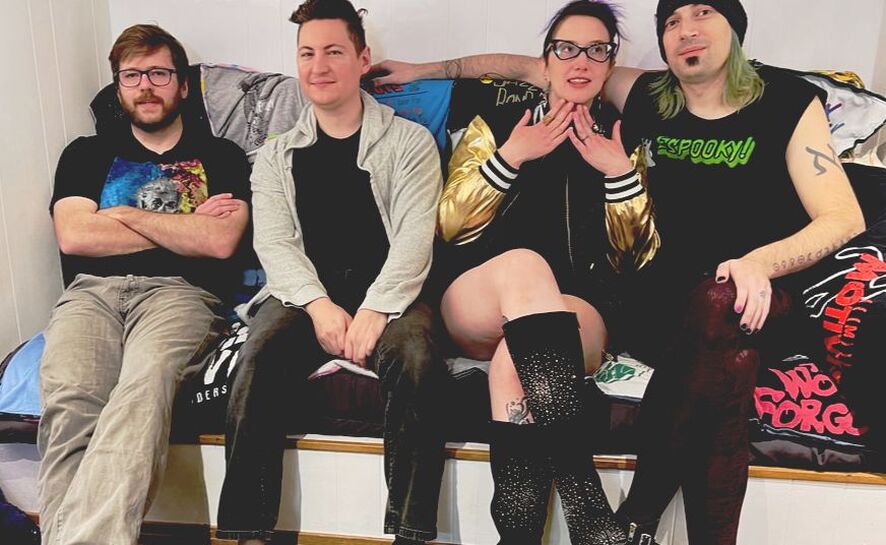 Knight Shade was formed in 2019 by Jace and Dee Knight. Although they have been performing for many years in various iterations of Blues and Jazz bands, this band is where they have gotten to express more of their creativity with original content. Together they have written over two dozen songs that draw upon a variety of experiences and musical tastes to create their novel sound, making it difficult to place them in a single genre. Joining Jace and Dee are Ben Jobe and Kris Poorman adding to the uniqueness of the bands vibe.
In their songs they explore themes of goofiness, depression, sass, fixation on the mundane, injustice, regret, mysterious and supernatural happenings. Knight Shade just successfully kickstarted and released their first album "Knight Shade: Throwin' Shade" and can't wait to get more of their songs recorded for everyone to listen to at home.

Where have we performed?